Welcome to 2101-2107 Anza Street. This Multi Family 4 Unit Building is located in one of San Francisco's most desirable neighborhood, the Inner Richmond.  The Inner Richmond has all the conveniences in life.  Walking Distance to Golden Gate Park and fabulous food and shops along Geary, Balboa, and Clement Street. Public transportation is widely available to all parts of the City.

Swipe to view. Touch to zoom. 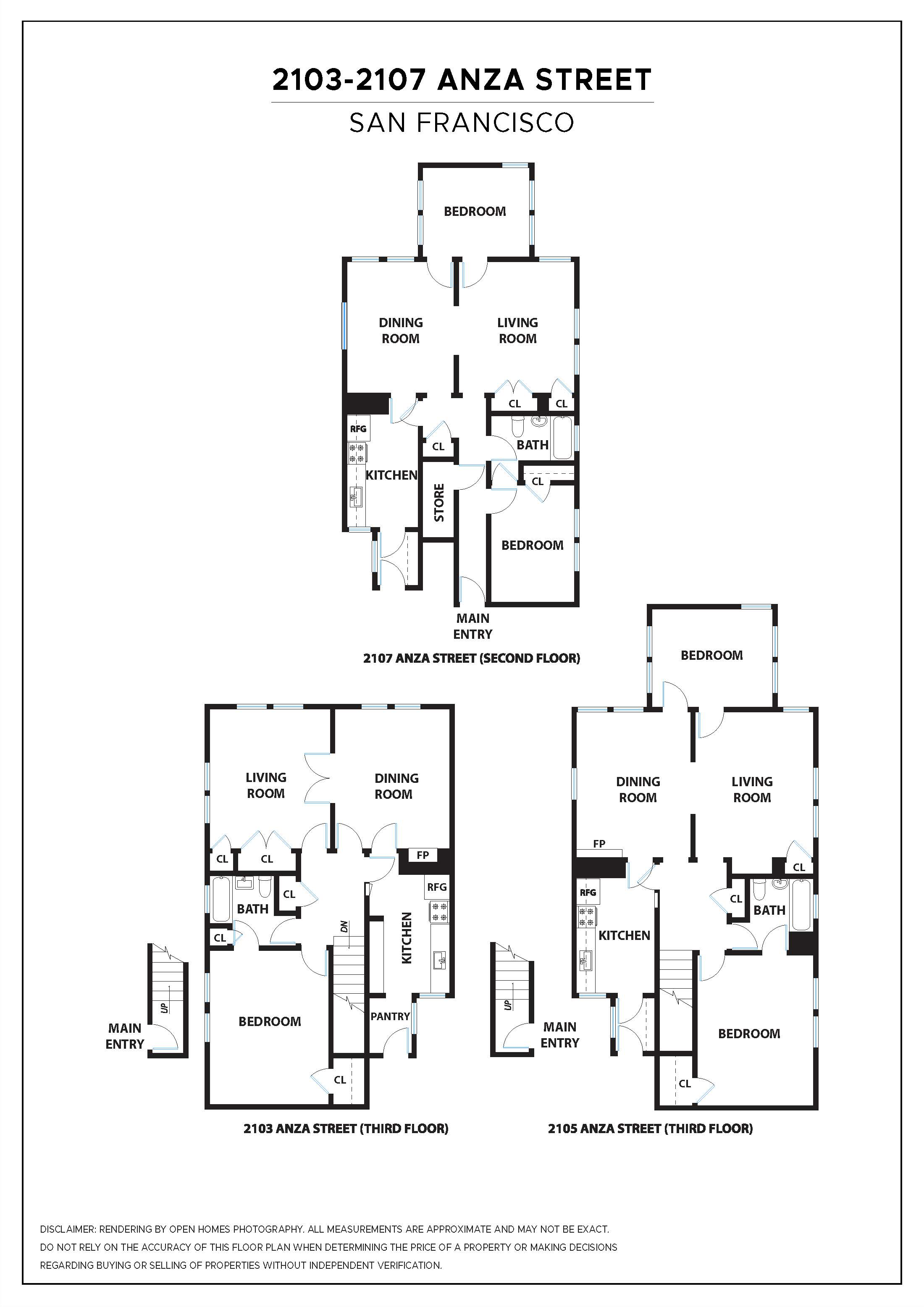 The Richmond District is a neighborhood in the northwest corner of San Francisco, California, developed initially in the late 19th century. It is sometimes confused with the city of Richmond, which is 20 miles (32 km) northeast of San Francisco.

The Richmond is in many ways defined by its relation to the parks; the district is bordered by Golden Gate Park on the south, the Pacific Ocean to the west, and Lincoln Park, Land's End, Mountain Lake Park and the Presidio of San Francisco to the north, bisected by the Presidio Greenbelt.

One of its three commercial strips, Clement Street in the Inner Richmond segment, is sometimes called the second Chinatown due to the high concentration of Chinese establishments. The other two commercial strips are Geary Boulevard and Balboa Street.

The neighborhood was given its name by Australian immigrant and art dealer George Turner Marsh, one of the neighborhood's earliest residents, who called his home "the Richmond House" after Richmond, a suburb of Melbourne, Australia. In 1917, the district was legally named "Park-Presidio District", chosen to avoid confusion between the district and the city of Richmond right across the bay. In spite of the official change, virtually every San Franciscan continued to use the old name.

The Richmond has been popularly divided into four parts:

Lake Street is just south of Presidio of San Francisco and north of Inner Richmond. It is an affluent area characterized by its many Victorian/Edwardian mansions. Its boundaries are: the Presidio to the north, Arguello Blvd to the east, California St. to the south, and 25th Ave. to the west. Its name is derived from its proximity to Mountain Lake, one of the few remaining natural lakes in San Francisco, and Lake Street, the neighborhood's northernmost east–west artery. Spanish explorer Juan Bautista de Anza ended his second northward expedition at the lake, stopping for two days in 1776. While here he located a site for the Spanish presidio that was later built. A plaque was placed in September 1957 near the point where he stayed.

Outer Richmond is to the west of the Central Richmond. It is bounded by Clement St. to the north, 32nd Ave. to the east, Fulton St. to the south, and Ocean Beach to the west. It borders the Ocean Beach and the Cliff House, currently operating as a restaurant. Lincoln Manor is a small enclave of larger homes within the Outer Richmond. It includes a vibrant merchant corridor on the western portion of Balboa St. from approximately 32nd Ave. to 42nd Ave. called Balboa Village.

* Estimated payment does not include property taxes and insurance.

To exit demo mode:
Upload at least 1 photo
Add price & features
Assign an agent
Tip: For a great looking website, enter as much info as you can about this property in your admin panel.